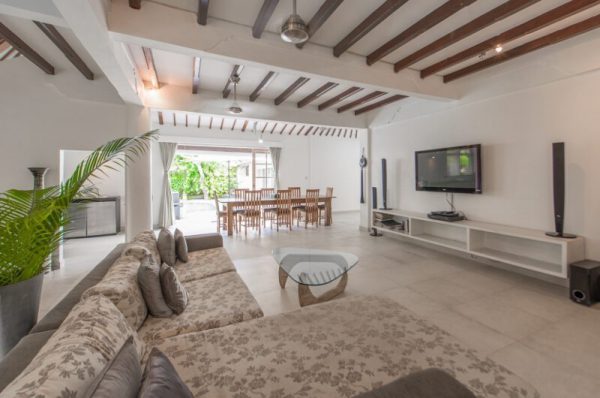 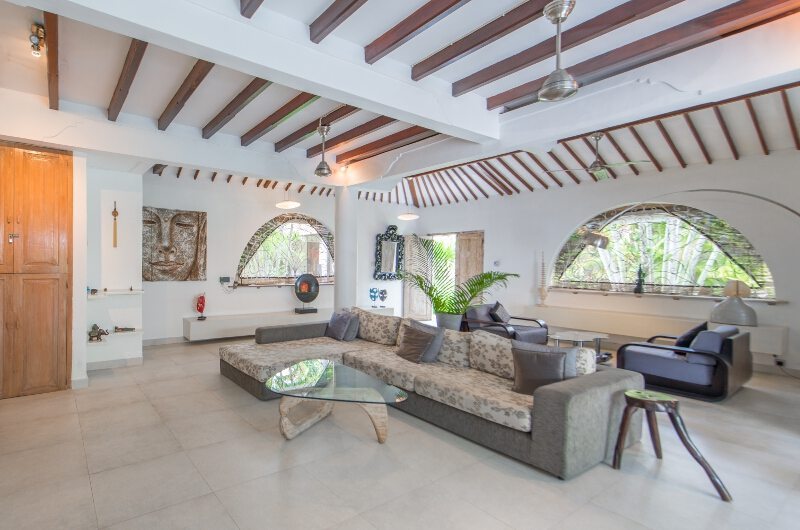 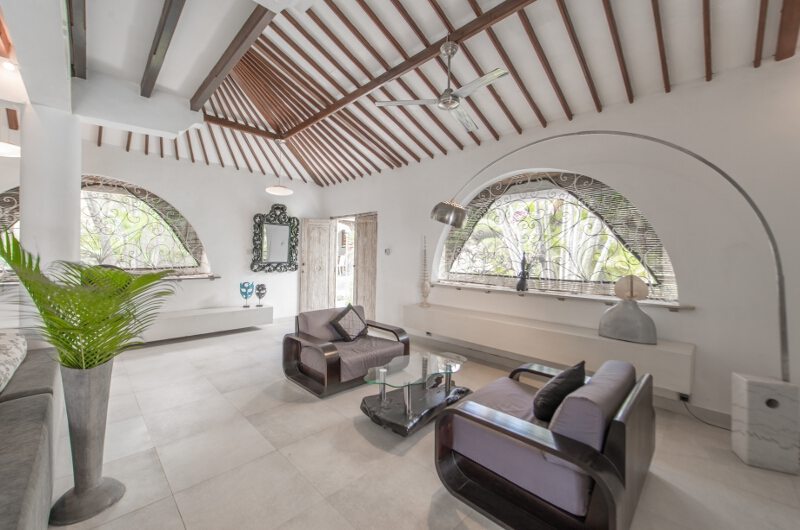 Seminyak, Bali– 3 BedroomsContemporary facilities and luxurious inclusions make the Villa Amore Mio one of the most sought-after holiday retreats in Seminyak.

Amore Mio is an exquisite three-bedroom villa perfectly positioned in the heart of Seminyak. Accomplished in the ultra-modern design, blending the exotic decorations with authentic Balinese-style furnishing made from the recycled boat timber wood, the villa features chic interior integrated into the stunning natural surrounding. Contemporary facilities and luxurious inclusions make the Villa Amore Mio one of the most sought-after holiday retreats in Seminyak.

The open-concept feature the living and dining area, providing the abundance of space, air and light, and allowing the tropical breeze inside the lavish living area. The fully equipped kitchen is hidden at the far end of the lounge.

The in-house entertainment is represented with a large flat-screen TV, DVD player and the cutting-edge sound system. The large L-shaped sofa placed in front of the television set provides the abundance of seating.

Guest Bedrooms
Two of the guest bedrooms occupy separate villas apart from the main pavilion. One of the bedrooms is housed in a modern building, while another one is nestled in the traditional Joglo house. The first ensuite bedroom comes with two queen-size beds, while the more traditional sibling features a large king-size bed. Both bedrooms are equipped with air-conditioning and ensuite bathrooms.

Villa Amore Mio is in Seminyak, off Jalan Drupadi. One of the main streets, lined with myriads of amazing restaurants is a mere 2-minute walk, while the splendid Seminyak beach can be reached within a 5-minute drive from the villa.